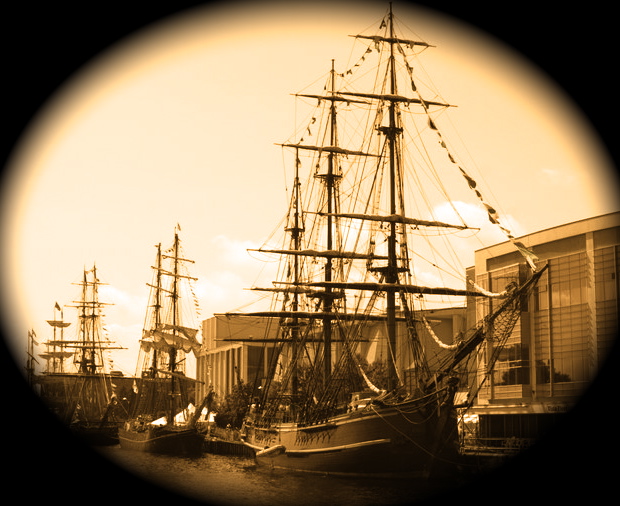 One of the surprising little books I came across many years ago in my tenure as an under-grad was the book “Spoon River Anthology” by Edgar Lee Masters. The story, which is actually a collection of poems, is read in first person by people (all 212 of them) who inhabited a Midwest town in the early 1900s.
This morning, after consuming a short snippet of Neil deGrasse Tyson asking Larry King “if you could live forever, would you?”, I was reminded of George Gray, a character in the book.

The sentences below have haunted me ever since I was introduced to them.

“I have studied many times
The marble which was chiseled for me–
A boat with a furled sail at rest in a harbor.
In truth it pictures not my destination
But my life.
For love was offered me and I shrank from its disillusionment;
Sorrow knocked at my door, but I was afraid;
Ambition called to me, but I dreaded the chances.
Yet all the while I hungered for meaning in my life.
And now I know that we must lift the sail
And catch the winds of destiny
Wherever they drive the boat.
To put meaning in one’s life may end in madness,
But life without meaning is the torture
Of restlessness and vague desire–
It is a boat longing for the sea and yet afraid.”

If you know the book, you’ll know that all of the characters have died. Some rant, complain, gossip, pontificate, or in George’s case, which is the worse, in my opinion: regret. He lies pondering his life as he looks up at his tombstone: “the marble chiseled for me”. Chilling.

In darkness I sit

I now see the path

“You look terrible, Mr. Waturi. You look like a bag of shit stuffed in a cheap suit. Not that anyone could look good under these zombie lights. I, I, I, I can feel them sucking the juice out of my eyeball. Suck, suck, suck, SUCK…”

This is one of my favorite scenes from one of my favorite movies said by the eminently talented Tom Hanks in “Joe Versus the Volcano“. The movie was released in 1990 and since the day I saw it, this scene has stuck with me (start at 4:00 if you want to jump right to it).

It’s a weird story that on its surface, is nothing more than an adventure. But oh no, there is so much more! Essentially, the movie is a version of Joseph Campbell’s “A Hero’s Journey“: a regular person going on an adventure, facing crisis is victorious, and returns fundamentally changed.

The story is about Joe. Joe is boring. A drone. Part of an ecosystem built on fear and the mechanization of human beings. As the movie begins, everything is dark, blue, and grey. Depressing. Employees, all dressed similarly, file languidly into a humongous blanched building that is belching filth into the sky. Joe notices a small flower growing between the cracks of the damp pavement and quickly, someone steps on it. No one gets out alive. They all walk towards the building, on a zig-zag sidewalk where no one takes a short cut. Potentially a metaphor for the oftentimes senseless “processes” companies require employees to endure. (note, more about that zig-zag later)

Actually, this blog post isn’t about the movie at all. It’s about fluorescent lights. Ignored by Thomas Edison, in 1895 one of his former employees, Daniel Moore, successfully created a gas-filled lamp that was quickly utilized in commercial capacities due to its energy efficiency. But since 1895, I haven’t seen any vast improvement of the actual light these things give off. In today’s office, these things bathe an entire floor plan in a blueish/white, pale rendering of real life. And they flicker! Almost unnoticeable to the naked eye, they flicker and give me a headache and make me nauseous. Funny enough, Wikipedia says I don’t know what I’m talking about:

This sounds like propaganda written by GE. “Problematic” my ass.

It goes on to say that these lights can “degrade the pigments in paintings and bleach the dyes used in textiles”. So what does it do to something as sensitive as the human eye?

In my office, and offices I have inhabited for many years, I shut off the fluorescent lights and carted in my own, something similar to what Joe does in the movie with his tiki lamp. I like a more “cafe” style lighting that gives a warm glow instead of the Silkwood shower vibe. Strangely, its almost too comfortable for some folks who come into my office and sit as they listen to my Thievery Corporation or instrumental Beastie Boys playing gently in the background (hit me up for the Spotify playlist).

And that zig-zag sidewalk. The same shape can also be found on the wall of Joe’s apartment, the lightning bolt that strikes the ship, the meandering of the lava down the volcano. Some think it represents the Devil. I think that, indirectly, it’s fate. It’s a warning sign that you are not on the correct path. I have a feeling that these lights are a sign for me, one that I have drowned out by decorating these spaces with something more familiar. 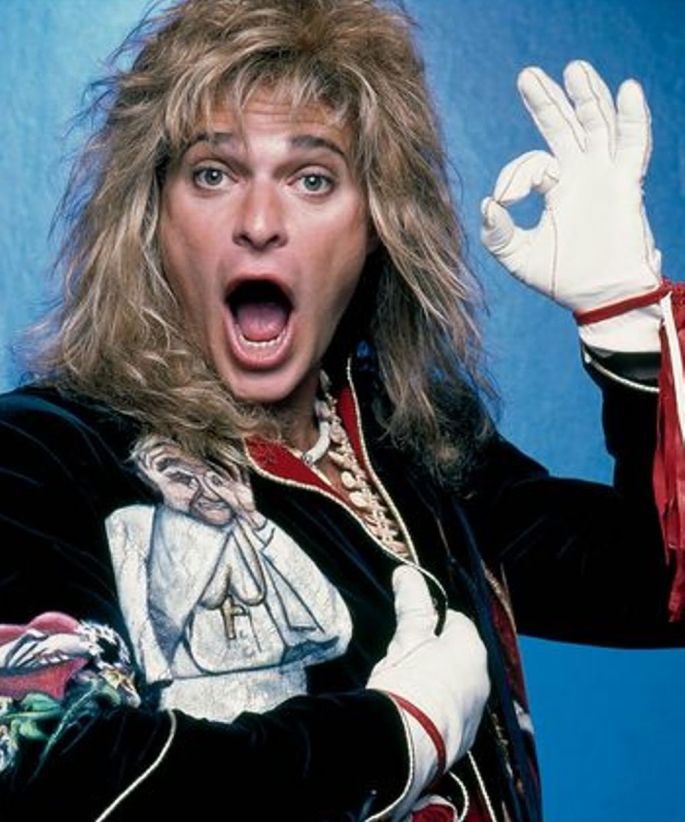 It’s February 1st. For a the past 2-3 years, on the first of every month, I listen to the same video recording of Ernest Nightingale‘s “The Strangest Secret”.  It’s a simple message really, and the practicality of it makes it almost elusive in it’s execution. It’s unapologetic and it seems he could care less if you believe what he is saying or not. He proceeds to give quote after quote, scenario after scenario of examples of the process he is describing actually working, which at the end, you know to be true. But still, we don’t execute (ideas are shit, ya know).

Ernest starts the recording by telling us that he would like to discuss the strangest secret in the world. Right off the bat he hits the listener in the head with a response from Albert Schweitzer  to the question “what’s wrong with with men today?”. Schweitzer paused for a moment and replied “men simply don’t think”. We seem to be happier with the winds of destiny rather than solving the puzzle.

Next are statistics describing that out of every 100 men, by the time they are 65 years of age, only 1 will be rich. Four will be financially stable (retirement, insurance, etc.). Five are still going to be working (WTF?!) and 54 will be BROKE! Given the same starting point, why is it that so few men (or women) are succeeding in a society with the enormous opportunities that we have in front of us? And with the internet, the playing field is  even more level than it has ever been so don’t whine about not having a rich family or a proper education.  (note, we can argue all day about socioeconomic class, gender, race, etc., but that’s not the point).

I’m in the middle of a Joe Rogan podcast with Henry Rollins as a guest and they talk a little bit about David Lee Roth (“Dave”). Dave often returns to his home town of Pasadena to visit and sometimes hangs out with old high school buddies. Every once in a while, one of them will say crap like “oh yeah, it must be easy for you, you’re David Lee Roth” to which Dave replies “You know what? On graduation day in high school, we all were on the same starting blocks. You chose the bank job. That’s a sure thing. You’re gonna die in that cubicle. I chose to sail the seas of consequence“. Geez Dave.

Dave’s life falls squarely in line with the strangest secret. As Ernest points out, using a deep cutting quote from Rollo May’s book Man’s Search for Himself, “the opposite of courage in our society is not cowardice, it’s conformity.” Conformity is a result of feeling like we are a victim. Things happen “to” us instead of “for” us. I’m guilty.

In Dave’s choosing to “sail the seas of consequence”, he unwittingly stumbled upon the strangest secret: “We become what we think about”. In Ernest’s talk he paints a detailed story of huge cargo vessel in a harbor without a captain or crew, ready to leave for its destination. How can this behemoth get out of the harbor without a captain or charts? Obviously, it can’t. Yet we expect to be swept by fate to a goal that lies somewhere in the future. Somewhere over there. That’s a lot of what ifs. Inevitably we come to the conclusion… no goal, no destiny.

The definition of success in this narrative is mathematically gorgeous: “Success is the progressive realization of a worthy ideal”. A goal without a plan is a wish. Simple and true. Uncomfortably true.